What is Digital Disruption? Examples of Disruptive Technologies 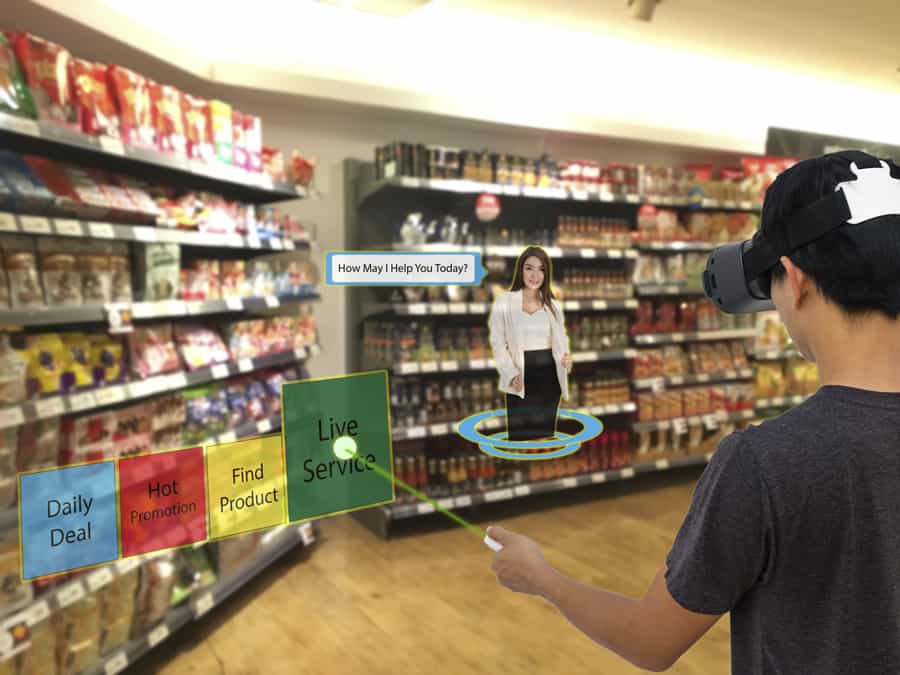 “Digital disruption” is one of those phrases that people hear and even use without ever really knowing what it means. This one is big, so it’s worth understanding.

The best definition I found was by Kai Riemer and Robert B. Johnston (7 March 2013) on byresearch.wordpress.com

“Digital disruption refers to changes enabled by digital technologies that occur at a pace and magnitude that disrupt established ways of value creation, social interactions, doing business and more generally our thinking”.

However there is an overlap between concepts and as mentioned before, there are combining trends that go beyond this definition. Let us think a little broader (out-of-the-box) and incorporate a few other events and trends into our thinking. I believe digital disruption is underpinned by the key trends described below.

Scott Farquhar (CEO of Atlassian) delivered the JJC Bradfield Lecture in 2014 titled “A Start-Up Revolution in Australia” – well worth reading. His premise is that “every company is becoming a software company (or being disrupted by one)”. The common denominator here is software as the enabler or disruptive technology. Generally speaking the key benefit of software is automation and thus increased efficiency and productivity and lower cost (especially for highly repetitive tasks). This goes a little beyond the boundaries we set for ourselves previously, where we could now say that digital disruption began when the first digital computer was built – the ENIAC in 1946.

Rather than looking backwards, let’s look forward. Software technology is already the “brain” enabling most business operations today. As individuals we are dependent on software in ways that we couldn’t possibly imagine just a decade ago, where software is embedded in our cars (engine management systems and GPS), our homes, and support almost every aspect of our lives. In fact Nicholas Carr’s premise published in 2003 in Harvard Business Review that “IT Doesn’t matter” might even seem a little ridiculous now. We can derive competitive advantage from technology (software) although it may be true that it is difficult to do so in a sustainable strategic way over the long term.

Software has evolved in the internet age into an interconnected 24 hours a day global paradigm. We now have speech recognition embedded in our phones and laptops, real time language translation by iTranslate, Facebook’s DeepFaceAI and self-drive cars (using Artificial Intelligence) are being tested by Google. This brings us to Artificial Intelligence (which is another trend or disruptive technology that enables the afore-mentioned applications).

Further developments in software include simulation and complex modelling with implications for defence, manufacturing, space exploration, communications, not forgetting climate change. These developments are relevant to many problems still to be resolved. Paired with Supercomputers[1] they are moving beyond the academic realm into risk management (financial / banking industry), oil and gas exploration, and weather forecasting.

Software has been disruptive already and combined with AI and robotics will perhaps be even more so in the future.

AI is now embedded in many applications that have moved into mainstream consumption (such as speech recognition – think iPhone Siri). AI simply enables software to learn. Software can now behave or operate in ways not specifically programmed or previously anticipated. Whether it is neural networks, genetic algorithms or fuzzy logic – the outcome is the same. Although AI will never reach the level of intelligence described in sci-fi movies such as Terminator – simply because the software cannot expand learning beyond its training set of data with 100 percent accuracy and cannot acquire self-awareness – there are major implications for business and individuals (covered in next section). AI software can now think for us even though it does so within a pre-defined context (think driverless trains, self-driving cars and automatic pilots). AI has moved into mainstream world and we are yet to see how disruptive it can be.

3. The Cloud and “Software as a Service” (SAAS)

The only reason the Cloud and SAAS are included here is because they enable individuals and small business to acquire capabilities previously only available to big business. This can result in increased competition and hopefully improved outcomes for consumers including better quality products, more targeted services and lower cost.

From an individual perspective technology products such as smart phones and tablet computers provide cloud storage at the click of a button, although with implications for security and privacy. Cloud and SAAS have also enabled talented individuals to come together to provide all sorts of household and other business services previously not possible.

Perhaps the Cloud and SAAS have not yet been as disruptive as other technologies, but the trend is likely to grow and become more disruptive as it does so.

Although robotics has advanced in leaps and bounds, it has done so quietly except for the occasional press article attempting to spread fear among grassroots unskilled labour. Robotics comes into situations where there is a threat to human life such as law enforcement, defense, deep underwater operations, space exploration, and firefighting. Robotics does benefit tremendously by being paired with AI. However the most disruptive advances to date have been in manufacturing[2] where automation and industrial robotics have significantly improved quality and decreased costs, but most importantly have turned business models upside down. For example car manufacturing in Japan and Germany where automobiles are now almost entirely assembled by robots (fully automated assembly lines).

Other areas where there is great potential for robotics include healthcare (surgery, prosthetics, patient care service delivery). As a disruptive technology robotics has a long way to go.

Telematics: Is the interdisciplinary field that encompasses telecommunications, vehicular technologies, road transportation, road safety, electrical engineering (sensors, instrumentation, wireless communications), and computer science (multimedia, Internet). It is robust and it is available today. It’s just a matter of time before your car will be automatically equipped with this technology so that you can benefit from an insurance perspective (e.g. insurance based on distance driven and 24 hour real time tracking). It will be integrated with your engine management system, and your dealer/manufacturer will automatically know when your service is due and perhaps even automatically book it. There is a potential for 10 million such devices to be installed in all kinds of vehicles in Australia alone with less than 200,000 units in production. This technology has the potential to revolutionise not only insurance, but fleet management and manage traffic flow.

LEDs: Light Emitting Diodes are replacing light bulbs. With significantly lower energy consumption and greater lifetime they will not only have a cost implication but also have an impact on the electricity grid and on electricity consumption. Perhaps not so disruptive, but certainly beneficial.

Mobility: It is irreversible. Tablet computers and smart phones are likely to become the main channel for interaction between business users and their IT systems, not just in the field but at all times. Many vendors now offer front end applications for their key systems. Disruptive yes. Many IT departments still playing catch-up on this.

3d Printing: Is perhaps one of the most promising disruptive technologies with so many applications possible (manufacturing, healthcare and industrial). According to Forbes magazine and PWC in 2014, 11 percent of manufacturing companies have switched to volume production of 3D printed parts or products. 3D Printing enables rapid design iteration, rapid prototyping, efficient low volume production, mass customization, holding a virtual inventory (because of speed of production), and enables product innovation. This technology will be very disruptive because it will change the economics of manufacturing. And it has a long way to go.

IoT: The Internet of Things refers to the ever-growing network of physical objects that feature an IP address for internet connectivity, and the communication that occurs between these objects and other Internet-enabled devices and systems (according to InformationWeek). The objects could be sensors, machines (as in appliances), or other devices. Gartner is predicting a huge increase to 26 billion devices connected to the Internet by 2020. Combined with other technologies such as analytics and logistics there is enormous potential.

Social Media: Is all about sharing and disseminating information and communication. But also a platform that can be used effectively to influence business. Perhaps not so disruptive any more. Still beneficial if utilized effectively by business.

Genetics: Having mapped the human genome, one can now send a small sample for testing and easily determine whether one is genetically marked/susceptible for particular disease or traits. Whether in humans (potential for treatment and curing disease) or plants (genetically engineered food) the potential is huge. There is also resistance because sometimes the consequences are not understood and take a long time to surface (perhaps over generations). Disruptive potential is great in healthcare, food manufacturing, agriculture and other areas. The benefits may be vast, but caution is also needed.

Nanotechnology: McKinsey refers to this as Advanced Materials. It is the production of materials that have special attributes, on a very small scale 1 – 100 nanometers. It has relevance to targeted drug treatments (healthcare), production of super-efficient solar cells, and other industrial uses (e.g. detergents). In 2015 this is a trillion dollar market with a third from materials, another almost third from electronics, and the rest from chemicals, transportation and sustainability. However nanontechnology is not new having been around for more than a decade. It has grown and evolved.

Batteries – Energy Storage: Combined with Solar technologies the potential here is great. And also scary for electricity companies. It could enable households to simply get off the grid and only be connected in case of emergencies or as a source of off-peak power to load up batteries in case of bad weather forecasts. Massive potential for disruption.

6. Potential Disruptive Technologies of the Future (perhaps way out there)

Quantum Computing: Still in its infancy or very much in development in the academic arena. But the potential for disruption is great when it comes to encryption (protecting information and communications), modelling/simulations (e.g. simulation of quantum physical processes from chemistry and solid state physics), problem solving and nanotechnologies.

Thorium: This is perhaps one technology that will never be achieved. Why do I mention it? Australia used to have one major competitive advantage and that was access to cheap energy. In today’s world that is long gone. As much as my heart would like renewable energy to become the main source of energy, as an engineer I know that some types of renewable energy (e.g. wind) can never be the main source of energy because the grid requires a stable generation source. But solar perhaps can combined with improvements in storage/batteries (see above). In which case we may never need Thorium.

Wireless Power Transmission: This is the transmission of electrical power from a power source to a consuming device without using discrete man-made conductors. This is also one for the future – think what it would be like if we could achieve this. The benefits would be great.

This list of disruptive technologies is not meant to be exhaustive, nor does it align to any other particular list or agenda. It is simply the author’s view of relevant technologies to date. For a comparative list please refer to article “Disruptive technologies: Advances that will transform life, business, and the global economy”, McKinsey & Company, May 2013. On purpose I have stayed away from defense related technologies such as drones as I consider that a separate topic in itself.

[1] Also referred to in this article as massively parallel supercomputers.